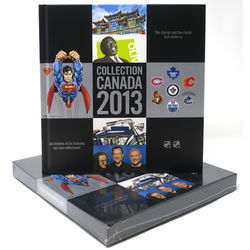 Annual Souvenir Collection mounted in a nice book containing all the Canadian stamps issued in 2013, as offered originally by Canada Post, with a description and history for every stamp.

From Superman's fantactic exploits to the gates of Canadian Chinatowns, Collection Canada 2013 commemorates and celebrates Canada's cultural and historical achievements. 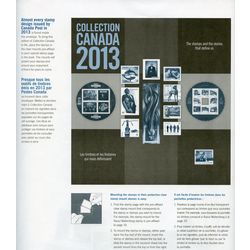 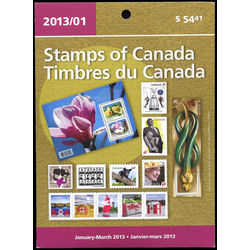 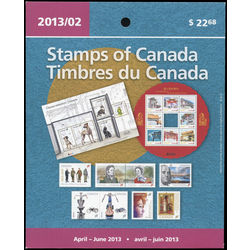 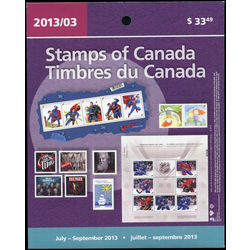 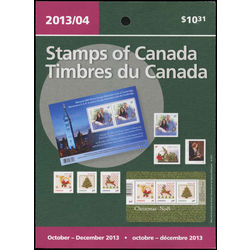